Darren Has a Breakdown

Men can have just as hard a time with breakups as women. In the screenshot, Darren asks his ex-girlfriend if they can be friends with benefits. He goes too far, and a court orders him into therapy for his depression. In addition, he has to deal with his big sister and women who would rather date a monkey than go out with him. Smartly written, funny dialogue. Two fully captioned seasons. 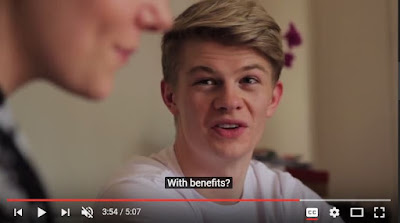