Coming from Belgium is The Y Theory. Anna's becoming restless in her relationship with Matteo. Instead of going to his parent's house for their weekly dinner, she goes to a bar. Then she meets Claire and her feelings start to change. 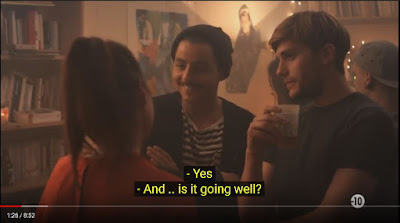 This is the story of a group of immigrants who live in New York City and how their lives come together to create relationships. Some of them stay in NYC while others leave the country for varied reasons, returning some time later.

Note: The captions must be turned on for every video watched. To turn them on, click on the video, click on the CC on the lower right on the screen, then click on English. At the moment, it only seems to work with Google Chrome, but not Firefox. 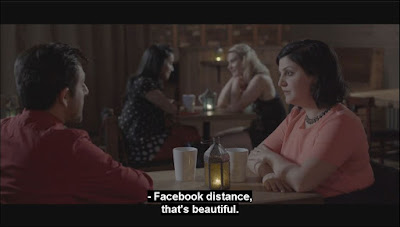 Simon is a disc jockey (DJ). His manager gets him jobs at various bars and raves. Fast-moving episodes in this award-winning series have him encountering sexual activity and more at the bars. He also has to deal with his mother and her boyfriend. Three fully captioned seasons, during which the series evolves to focus on other relationships, particularly a lesbian relationship. 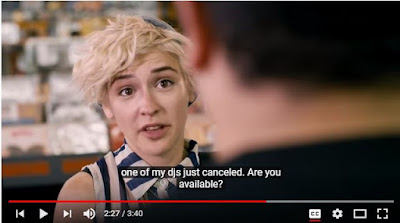 Izabel is a 170 year old vampire who looks more like a 21 year old college graduate. She works at a call center, trying to fit in. Then along comes a man who may change her life after some decades of turning down men. Along the way, she meets other vampires. 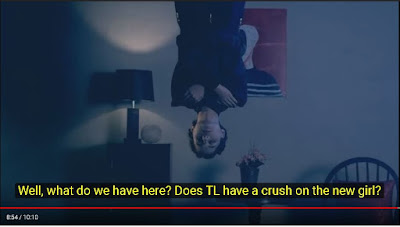 Translated from French, the title is "The Ghost of my Ex." Tony and Vincent were married for some time and rather happily at that. Then Tony suddenly dies. One day at the riverfront, Tony appears in front of Vincent. But only Vincent and a few others can see Tony. 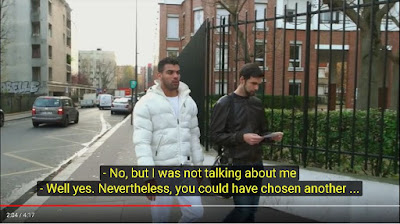 Award-winning web series about a bully who gets a taste of what he dishes out. He is human but gets changed into a puppet.  Learning to live as a puppet, he also learns about friendship. Subtitled in English.

Note: The series has a playlist, but it plays the videos out of order. Individual episodes are linked below. 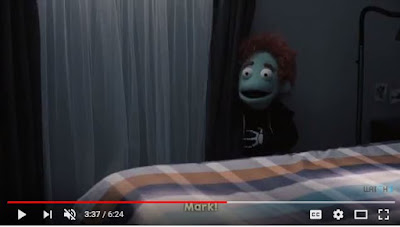 Kids, be aware that when you leave for college, mom and dad may eye your room and get dollar signs in their heads. But they better be careful what they wish for. The woman in this series who rents rooms in her house gets a renter who is a bit of an oddball. Meanwhile, another renter is a handsome young man. This series is on Amazon Prime. 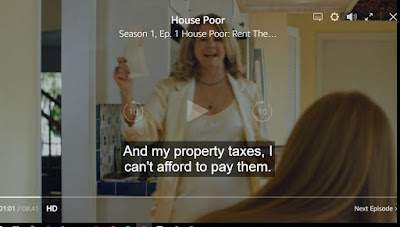 Folks struggling with infertility may identify with this web series. A couple is struggling to have a baby. When the wife says she is ovulating right now, that means...they gotta do it right then and there!  They manage to get in to see a fertility specialist by pretending to be another couple, and the doctor shows them new positions for achieving their goal. 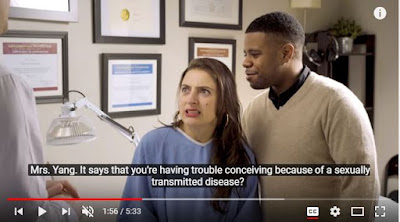 Five young modern witches. In the first episode, one of them kills her boyfriend and the five witches try to bring him back to life. Do they succeed? All episodes captioned plus the preview. 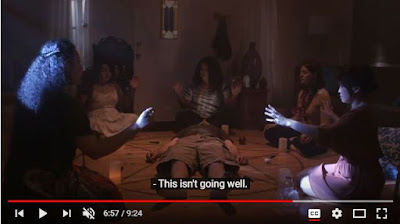 A young man and two friends - including one dressed like a witch - are doing a documentary on witchcraft. The documentary is done in vlog style. One of the girls develops the power of teleportation after they try a spell. Playlist is out of order, so look for the numbered episodes. 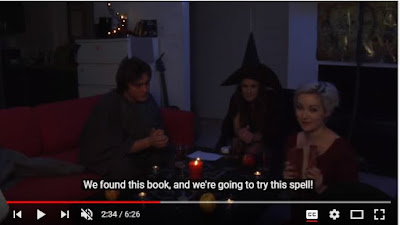 In this aptly named web series, a chiropractor is taking a medicine for erectile dysfunction (look that up in Google). In the first episode, he discovers that this medicine gives him a "super power" to cause orgasms in people. No actual sex is shown, and touching himself through his clothing is about as raunchy as it gets. The dialogue is raunchier, with lines like "you electrocuted my...." 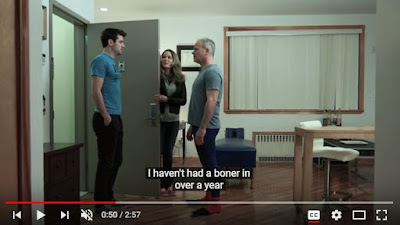 Silly doesn't begin to describe this web series. The main character, a supposedly drunk guy, wears hawk wings and is called Hawk. He even refers to fornication as a merger that creates a hawk god. Plus, another character thinks he is Green Lantern. If you feel this series has an intelligence quotient that is beneath your ability to tolerate, feel free to use the labels on this site (see the cloud on the right) to find something else that does not insult your intelligence. 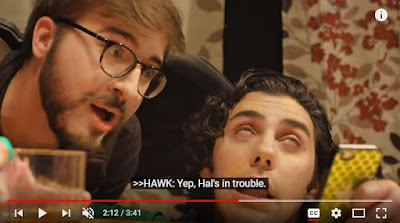 From South Korea comes a drama series about a man going about his normal life. He dates, goes to work, goes out to eat, visits a salon, basically being himself among other people. 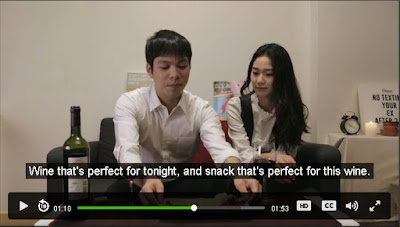 A social media team within a corporation spends more time on its own interests and doesn't really like its supervisor. Keeping their jobs isn't exactly their priority, but doing as little as they can is. Then a bright-eyed and bushy-tailed blogger joins the team. 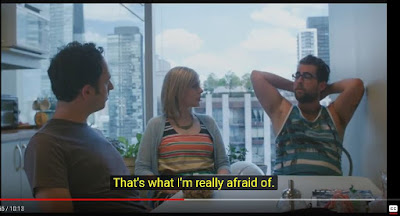 The Boys Who Brunch

Four gay friends. Mason looks for a partner, and the series shows him meeting guys he is romantically/sexually interested in but they end up being just friends. Then Mason has the idea of introducing them to each other and starting a weekly brunch. They have now been brunching for three years and counting. Mason's new idea? Every week they have a dare or challenge and must report to each other on the results. 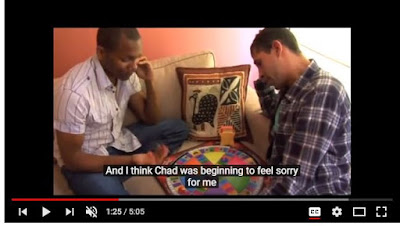 Ren: The Girl with the Mark

Ren is a young woman who lives with her dad and mischievous young brother and sometimes visits an older male friend who lives outside the village. Then she has an encounter with another man and woman fighting some soldiers while she watches. Due to that encounter, with the woman dying, Ren is no longer welcome in her village and sets out travelling around to find out why. 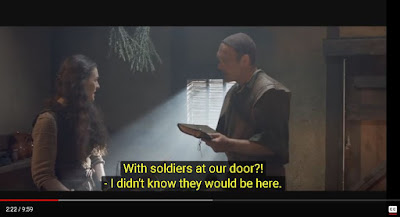 A medieval fantasy with a side of comedy. Mido and Jon go down into a dungeon and meet up with various characters. They all finally meet up, and the Stone of Truth, which speaks only truth when spoken to, speaks its mind. 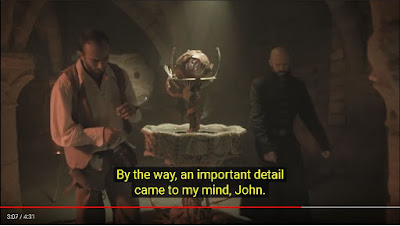