"The Dirty Bag Black" created and directed by Mauro Aragoni is a violent and raw Spaghetti Western. The director pays homage and takes the old school of the great Sergio Leone while taking into line his personal style dark and horror. Four episodes, each episodes 10 minutes or more in length. 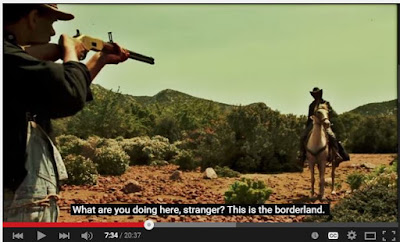